The Collective Agreement (CA) reached between the Government of Nunavut and the NEU was officially ratified in a signing ceremony in Iqaluit this morning. Pictured below signing the new CA are Jason Rochon, President of the NEU and the Honourable Margaret Nakashuk - Minister Responsible for the Public Service Act. Qualifying NEU Members working for the GN can expect their lump sum payments this week followed by retro payments later in the Fall. Wage increases that were negotiated as part of this CA will be seen in September. 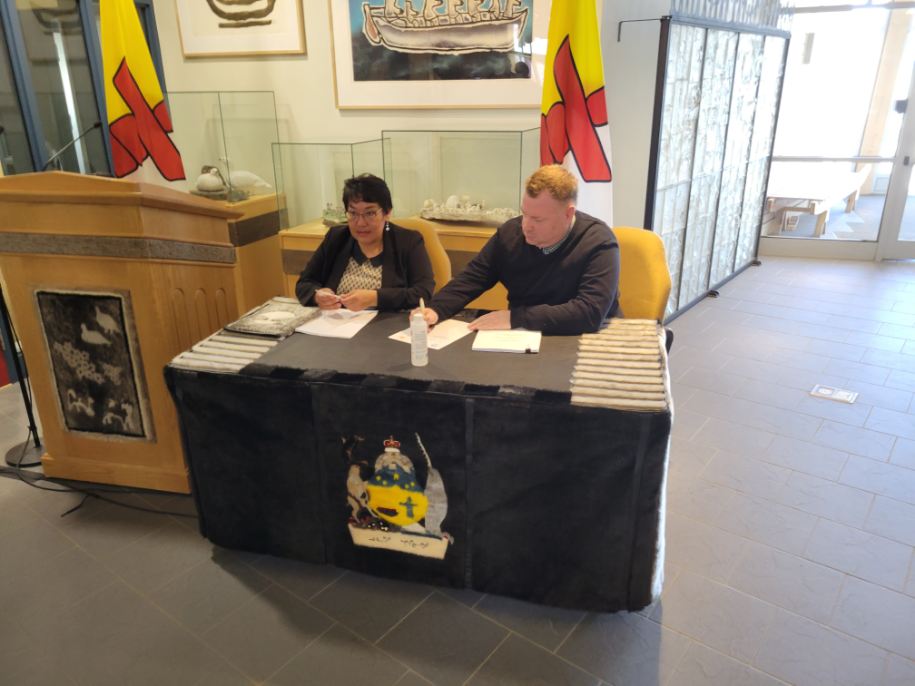